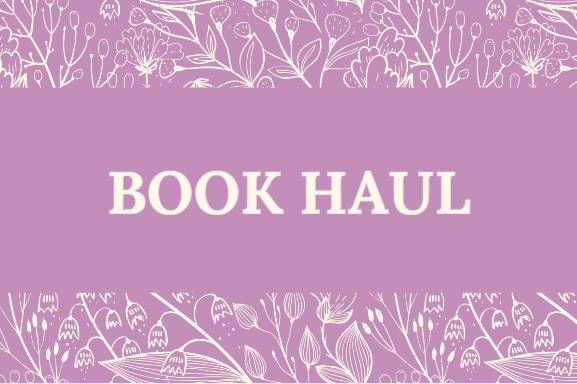 I’ve been in the mood to read eBooks, so here we are. If any of you have read these, then please let me know your spoiler-free thoughts, please!

***I have a new logo now! I’m happy with it, and it feels very refreshing. I had it made by sublimedesign01 on Fiverr. She was great with communication, and she was very sweet.

The Roanoke Girls by Amy Engel

A gripping, provocative thriller about the twisted secrets families keep, perfect for fans of The Girls.

Beautiful.
Rich.
Mysterious.
Everyone wants to be a Roanoke girl.

But you won’t when you know the truth.

Lane Roanoke is fifteen when she comes to live with her grandparents and fireball cousin at the Roanoke family’s rural estate following the suicide of her mother. Over one long, hot summer, Lane experiences the benefits of being one of the rich and beautiful Roanoke girls.

But what she doesn’t know is being a Roanoke girl carries a terrible legacy: either the girls run, or they die. For there is darkness at the heart of Roanoke, and when Lane discovers its insidious pull, she must make her choice…

This book is based on the life of Nancy Wake, an Australian expat who worked as a reporter for Hearst in Paris just before WWII and later as a spy for the British. Lawhon throws readers into the middle of the action, as Nancy, under the alias Hélène, prepares to parachute from an RAF plane into France to help the Resistance in 1944, carrying in her head memorized lists of vital data, including bridges targeted for destruction and safe house addresses. After she lands, the story flashes back eight years, as Nancy struggles for respect and recognition as a journalist; despite her firsthand observations of Nazi brutality in 1930s Vienna, her editor is reluctant to publish a story about what she’s seen. Frequent jumps in time draw out the arc of Wake’s remarkable life; despite her statement early on that women’s weapons of warfare were limited to “silk stockings and red lipstick,” by the end she’s proven herself skillful at physical combat as well.

The House in the Cerulean Sea by TJ Klune

A magical island. A dangerous task. A burning secret.

Linus Baker leads a quiet, solitary life. At forty, he lives in a tiny house with a devious cat and his old records. As a Case Worker at the Department in Charge Of Magical Youth, he spends his days overseeing the well-being of children in government-sanctioned orphanages.

When Linus is unexpectedly summoned by Extremely Upper Management he’s given a curious and highly classified assignment: travel to Marsyas Island Orphanage, where six dangerous children reside: a gnome, a sprite, a wyvern, an unidentifiable green blob, a were-Pomeranian, and the Antichrist. Linus must set aside his fears and determine whether or not they’re likely to bring about the end of days.

But the children aren’t the only secret the island keeps. Their caretaker is the charming and enigmatic Arthur Parnassus, who will do anything to keep his wards safe. As Arthur and Linus grow closer, long-held secrets are exposed, and Linus must make a choice: destroy a home or watch the world burn.

An enchanting story, masterfully told, The House in the Cerulean Sea is about the profound experience of discovering an unlikely family in an unexpected place—and realizing that family is yours.

The Duchess Deal by Tessa Dare

When girl meets Duke, their marriage breaks all the rules…

Since his return from war, the Duke of Ashbury’s to-do list has been short and anything but sweet: brooding, glowering, menacing London ne’er-do-wells by night. Now there’s a new item on the list. He needs an heir—which means he needs a wife. When Emma Gladstone, a vicar’s daughter turned seamstress, appears in his library wearing a wedding gown, he decides on the spot that she’ll do.

His terms are simple:
– They will be husband and wife by night only.
– No lights, no kissing.
– No questions about his battle scars.
– Last, and most importantly… Once she’s pregnant with his heir, they need never share a bed again.

But Emma is no pushover. She has a few rules of her own:
– They will have dinner together every evening.
– With conversation.
– And unlimited teasing.
– Last, and most importantly… Once she’s seen the man beneath the scars, he can’t stop her from falling in love…

The Book of Negroes by Lawrence Hill

Based on a true story, “The Book of Negroes” tells the story of Aminata, a young girl abducted from her village in Mali aged 11 in 1755, and who, after a deathly journey on a slave ship where she witnesses the brutal repression of a slave revolt, is sold to a plantation owner in South Carolina, who rapes her. She is brought to New York, where she escapes her owner, and finds herself helping the British by recording all the freed slaves on the British side in the Revolutionary War in The Book of Negroes (a real historical document that can be found today at the National Archives at Kew).Aminata is sent to Nova Scotia to start a new life, but finds more hostility, oppression and tragedy. Separated from her one true love, and suffering the unimaginable loss of both her children who are taken away from her, she eventually joins a group of freed slaves on a harrowing odyssey back to Africa, and ends up in London as a living icon for Wilberforce and the other Abolitionists. “The Book of Negroes” is a pageturning narrative that manages to use Aminata’s heart-rending personal story to bring to life a harrowing chapter in our history.

I was told that dreams were our heart’s desires. My nightmares, however, became my obsession.

His name is Michael Crist.

My boyfriend’s older brother is like that scary movie that you peek through your hand to watch. He is handsome, strong, and completely terrifying. The star of his college’s basketball team and now gone pro, he’s more concerned with the dirt on his shoe than me.

But I noticed him.

I saw him. I heard him. The things that he did, and the deeds that he hid…For years, I bit my nails, unable to look away.

Now, I’ve graduated high school and moved on to college, but I haven’t stopped watching Michael. He’s bad, and the dirt I’ve seen isn’t content to stay in my head anymore.

Because he’s finally noticed me.

Her name is Erika Fane, but everyone calls her Rika.

My brother’s girlfriend grew up hanging around my house and is always at our dinner table. She looks down when I enter a room and stills when I am close. I can always feel the fear rolling off of her, and while I haven’t had her body, I know that I have her mind. That’s all I really want anyway.

Until my brother leaves for the military, and I find Rika alone at college.

The opportunity is too good to be true as well as the timing. Because you see, three years ago she put a few of my high school friends in prison, and now they’re out.

We’ve waited. We’ve been patient. And now every last one of her nightmares will come true.

Some universal truths refuse to be ignored.

Peanut butter and jelly are a match made in heaven. Spaghetti and meatballs are best friends forever. And guys like Tyler Knight don’t go for girls like Cam Emerson.

She knew from the second she met him that he didn’t belong on her bookshelf, the six-foot-six ex-tight end with a face so all-American, it could have sold apple pie. So she shelved him next to the supermodels and rock stars and took her place on her own shelf — the one with the flannel-clad, pasty-faced comic book nerds. Most of her boyfriends have existed between the pages of books, but rather than worrying over her own lacking love life, she puts all her energy into playing Cupid, using her job at the book bar, Wasted Words, as her stomping ground.

Tyler Knight always looks on the bright side. His career-ending injury turned into a job as a sports agent. A horrible breakup led him to Cam, his quirky, smart roommate who is far more beautiful than she realizes. She’s made it perfectly clear she’s not interested in him — not like that at least — but if she ever changes her mind, he won’t hesitate. Because he doesn’t see the lines she’s drawn between them, as much as she insists that they’re there. Deep down he knows that despite their differences, they’re a match well made.

Your Dad Will Do by Katee Robert

I’ve been harboring a dark secret for two long years. I’ve been fantasizing about my fiancé’s father, thinking filthy thoughts that a good daughter-in-law should not be indulging in. So when I catch my fiancé cheating on me, there’s only one revenge that will fulfill all my needs.

I’m going to seduce his father. It’s dirty and it’s wrong, and I don’t care. I want him, so I mean to have him.

After this weekend, my ex won’t be the only one who calls his father Daddy.

I have already read this one, and I absolutely did not like it.